In recent years, the number and proportion of patients undergoing cervical spine surgery in bed are increasing year by year. Due to the particularity of anatomical location and physiological function of cervical spinal cord, patients are prone to respiratory dysfunction in varying degrees during perioperative period, which seriously affects the surgical effect and prognosis and even leads to death[1,2]. It is necessary to strengthen the nursing work of airway management in the operation process and after the operation. Therefore, the medical staff must properly implement the rehabilitation nursing operation of each link after the operation; especially pay attention to improving the level of airway nursing and corresponding medical management[3,4]. Early airway management refers to the perioperative use of evidence based medicine to optimize the patient’s respiratory management measures, so that patients can recover quickly, reduce the incidence of complications, shorten the length of hospital stay and reduce the cost of hospitalization. In this study, the application effect of early airway management in postoperative rehabilitation of patients with cervical spine surgery was explored.

Inclusive criteria-Meeting the indications of cervical spine surgery; No mental disorder, cognitive disorder or communication disorder; Participating in the study with informed consent.

Exclusion criteria-Patients with heart, liver and kidney dysfunction who could not tolerate surgery; Patients with respiratory tract infection. The study was approved by the ethical society and all participants signed informed consent.

The routine group was given traditional nursing intervention in perioperative period. Preoperative: diet was forbidden for 6-8 h, cleaning enema was given in the evening before operation and indwelling catheterization was given after entering the operating room on the day of operation. Intraoperative: the temperature and humidity in the operating room are appropriate, pay attention to keep warm and do a good job in general anesthesia intubation nursing. Postoperative: intravenous analgesia pump was used to relieve the pain and temporary medication was used to relieve the pain when the patient complained of aggravation of pain; 6 h after the operation, the patient was instructed to eat and gradually transferred from liquid food to normal diet. The catheter was removed 24 h after operation.

In the intervention group, the airway management and postoperative oxygen atomization inhalation were strengthened on the basis of the routine group:

Preoperative airway management-Assess the patient’s respiratory system, cough and expectoration and smoking history; To guide the effective cough, expectoration and breathing training of patients and supervise the training of patients, so as to achieve the purpose of rapid recovery; Risk factor assessment: due to the high incidence of difficult airway in cervical spine surgery, the Department of Anesthesiology should improve the airway assessment before surgery[5]; Prevent upper respiratory tract infection, guide patients to drink more water and keep warm.

Other measures-Postoperative analgesia: personalized multimodal analgesia, analgesia pump+analgesic injection+topical patch and observe the effect of analgesic drugs on respiration; Posture Management: during the transport process, the patient uses the neck support fixed brake, where appropriate tightness, after lying in bed, remove the neck support and use sandbag brake to prevent torsion, hyperextension or hyperflexion, At least every 2 h to assist their coaxial small turn and closely observe the patient’s breathing; To keep the respiratory tract smooth: the patients were given oxygen inhalation through nasal catheter (2-3 L/min) after operation and the blood oxygen saturation was closely monitored. Encourage patients to breathe deeply and cough and expectorate spontaneously in the early stage; Prepare tracheotomy bag beside the bed: when the patient complained of chest tightness, shortness of breath, asphyxia, neck thickening and obvious local swelling of incision, should immediately report to the doctor for treatment and assist in tracheotomy if necessary[7]; Nursing of incision drainage tube: properly fix the drainage tube to prevent folding, blocking and prolapse, closely observe the drainage volume, the nature and color of drainage fluid and observe whether there is blood and fluid seepage at the incision site and whether there is swelling[8]; Diet: from semi liquid food to normal diet, drink more water after operation, drink slowly, use straw, so as not to cause discomfort such as aspiration, choking and cough.

Table 1: Comparison of Respiratory Mechanics Indexes between the Two Groups before and After Treatment

Table 2: Comparison of Inflammatory Factors between the Two Groups before and After Treatment

The total satisfaction of patients in the intervention group was significantly higher than that in the conventional group (p<0.05), as shown in Table 3.

Table 3: Comparison of the Satisfaction of Two Groups of Patients with Nursing Satisfaction

The incidence of postoperative complications in the intervention group was significantly lower than that in the conventional group (p<0.05), as shown in Table 4.

Table 4: Comparison of Complications between the Two Groups

Table 5: Comparison of Recovery and Progress between the Two Groups

It is very important to carry out early airway management after cervical spine surgery, especially in the nursing process to ensure that the patient’s airway remains unobstructed. Close observation of the patient’s condition changes, the use of systematic and scientific measures for respiratory tract management, will help to reduce the incidence of respiratory complications, so that patients with pain relief, so that patients recover quickly. The use of oxygen atomization of drugs to form aerosol particles, through the way of natural inhalation into the respiratory tract, can achieve the purpose of humidifying the airway and treatment. Atomization inhalation plays an important role in eliminating the problem of patients undergoing anterior cervical surgery, improving lung ventilation function, diluting sputum and increasing patient comfort[9]. After oxygen atomization inhalation, the throat of patients can be kept moist for a long time, which plays an important role in relieving local distress symptoms. In addition, the patient’s sputum is easier to cough up, which can relieve discomfort such as dry throat or pain[10]. Airway management, as one of the important links of eras, can reduce pulmonary complications, death risk, readmission rate and hospitalization expenses[11].

Most patients need to be forced to lie in bed after operation, which is prone to aspiration and respiratory secretions cannot be discharged in time, which is easy to cause pneumonia. The above reasons can make the respiratory function of patients abnormal, affect the effect of surgical treatment and postoperative recovery[2]. The results showed that compared with the control group, the incidence of respiratory complications was significantly reduced from 21.00 % to 10.00 %, the average length of stay was shortened from (14.91±3.34) d to (12.10±2.49) and the patients’ satisfaction with nursing was also significantly improved.

This work was supported by the Zhejiang Hospital. 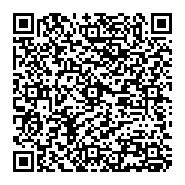