Table 1: Comparison of the Clinical Data Between Two Groups

Table 2: The Kmi Scores of The Two Groups

Table 3: The Hot Flush Scores of the Two Groups

Table 4: Comparison of the Reproductive Hormone Levels Between the Two Groups Before and After Treatment

Table 5: Comparison of the Blood Lipid Levels Between the Two Groups Before and After Treatment

The incidence of PMSs was high, which seriously disturbed the physical and mental health of the middleaged and elderly. However, the middle-aged and elderly pay less attention to PMSs. According to the study, more than 50 % of people in China were troubled by PMSs, but few of these patients seeking medical treatment and receiving treatment[7]. An epidemiological study of PMSs in women aged 50-60 in Shanghai[8] showed that 62 % of patients had at least a single perimenopausal symptom, 65 % of patients needed treatment, and 72 % needed PMSs counselling. However, these people have a very low consultation rate. At present, hormonal replacement was the main treatment for PMSs because it can improve the symptoms (hot flush and sweating) and quality of life of the patients with PMSs. However, some patients have contraindications to HT, including mastitis or suspected breast cancer, hysteromyoma or sex-related malignant tumor, thromboembolic disease, and severe renal dysfunction. In recent years, many clinicians have applied the Kuntai capsule to PMSs patients and achieved good results[9]. Two studies have shown that the Kuntai capsule can relieve sleep, anxiety, and depression in the perimenopausal women effectively[10,11]. A randomized, double-blind, parallelcontrolled clinical trial[12] showed that the Kuntai capsule has a similar effect to estradiol valerate in relieving the menopausal symptoms in patients with the menopausal and postmenopausal transition, especially in the postmenopausal transitional patients. It is suggested that the effect of Kuntai capsule on the climacteric syndrome may be related to the ovarian function, Kuntai capsule may improve the ovarian function during climacteric transition. Yang et al.[13] showed that the efficacy of the Kuntai capsule in the treatment of climacteric syndrome was similar to that of estrogen, and had no effect on vital signs, liver and kidney function, and endometrial thickness. Chen et al.[4] pointed out that the Kuntai capsule was more effective than the low-dose estrogen in treating some symptoms (numbness, depression, dizziness, fatigue, muscle and joint pain, headache) of climacteric transition. In addition, a number of clinical trials have confirmed that the Kuntai capsule has a low incidence of adverse reactions and has a similar effect on PMSs and quality of sexual life in the perimenopausal women[14]. Kuntai capsule was more effective in improving the blood lipids than hormone therapy, which was good news for women with coronary heart disease.

During menopause, the women accompanied by the deficiency of kidney qi, kidney yin and yang, and the imbalance of yin and yang, which caused the dysfunction of the body[15]. According to Suwen Shanggu Tianzhen Lun, when the woman was 49 y old, the Ren channel and Taichong channel were weakened in qi and blood, the radices semiaquilegiae exhausted and the menstruation stopped. It was considered that the disease originates from kidney deficiency and involves the heart, liver, and spleen. Therefore, the principle of treatment should be the calm heart and tranquilizing the mind, invigorating the spleen for eliminating dampness, relieving the depressed liver, and nourishing the liver and kidney[16]. The results showed that after treatment, the levels of reproductive hormones (FSH, LH, T) and blood lipids (TC, LDL-C, HDL-C) in the 2 groups changed significantly compared with those before treatment. The levels of FSH, LH, TC, and LDL-C in the observation group were lower than those in the control group, while the levels of E2 and HDL-C in the observation group were higher than those in the control group. It shows that the Kuntai capsule combined with nilestriol tablets can treat the climacteric syndrome effectively, and improve the levels of reproductive hormones and blood lipids significantly, and promote the recovery of patients. Kuntai capsule was a Chinese patent drug evolved from huanglianejiao decoction, which was mainly made of traditional Chinese medicine such as Coptis chinensis, Donkey-hide gelatin, Poria cocos, Scutellaria baicalensis, Prepared Rehmannia root, and radix paeoniae alba. Modern pharmacology shows that the Donkey-hide gelatin can improve the endometrial blood supply and microcirculation, regulate the level of sex hormones in postmenopausal women, increase the level of flavonoids, inhibit the sweat gland secretion, improve insomnia and effectively improve menopausal ovarian function. Prepared Rehmannia root has a phytoestrogenic effect, which can increase the level of HDL-C, reduce the level of LDL-C, promote the cholesterol into the blood and metabolize the liver. It can also remove the cholesterol from the blood vessel wall, decompose lipoprotein and inhibit it, so as to cure both the symptoms and the root causes[17,18].

In conclusion, the Kuntai capsule may be a good alternative therapy for patients who have contraindication or concerns about hormone therapy. Therefore, a double-blind, randomized, controlled, large sample size clinical study should be conducted to further ensure the efficacy and safety of the Kuntai capsule. 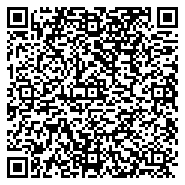