PM2.5 was continuously collected by particulate samplers on glass fiber filters at the top of our hospital. After collecting, the filters were cut into 1 cm×1 cm square and put into sterile water. The filters were done ultrasonic extraction for 3 times, 10 min each time, the suspension containing air particles was lyophilized and weighed and stored at -20π.

BEAS-2B cells were resuscitated and cultured in LHC- 9 medium containing 10 % fetal bovine serum at 37π and 5 % CO2. When BEAS-2B cells overspread more than 80 % of the culture dish, trypsin was added for digestion and cell suspension was washed by Phosphatebuffered saline solution and collected by centrifugation. BEAS-2B cells were transferred into 6-well plates at a density of 1.5×105 cells/ml and cultured overnight in serum-free LHC-9 medium. The PM2.5 sample was weighed and diluted with PBS into (0, 30, 300, 3000 μg/ml) PM2.5 solution. PM2.5 solution with different concentration was added to cells, and 6 multiple pores were set for each concentration. After 48 h treatment, BEAS-2B cells were washed twice with PBS solution and harvested by centrifugation. For the 300 μg/ml PM2.5 group, BEAS-2B cells were harvested at 12h or 96 h additionally.

Measurement the cells viability by CCK-8:

The harvested cells in each group were added with 10μl CCK-8 solution and incubated at 5 % CO2 and 37π for 3 h. The optical density (OD) values of each well were detected by Micro plate Reader at 450 nm.

Total RNAs in diverse PM2.5 treated BEAS-2B cells were extracted by kit according to the manufacturer’s recommendations and analyzed the quantity and purity by spectrophotometry. The RNAs were reverse transcript into Complementary DNA using the Reverse Transcription kit. All cDNAs were analyzed the expression level of IL-1β, IL-8, TNF-β by qPCR. β-actin was tested as control. The prime sequences were attached in (Table 1).

Table 1: The Prime Sequences For Qpcr

Recruition and grouping of COPD patients:

This investigation enrolled COPD patients from the Affiliated Hospital of Hangzhou Normal University from January 2019 to December 2019.

Exclusion criteria are listed as below: Patients have no settled abode; smoking or frequently exposure to smoking; Complication with other severe disease; Patients with cognitive difficult, mental illness or other condition that can’t obey treatment and follow-up.

Mucus hyper secretion were assessed by cough and sputum assessment questionnaire (CASA-Q)[7]. The CASA-Q scale has four items including cough symptoms, cough effects, expectoration symptoms, and expectoration effects. Each item is answered on a scale from ‘never’ to ‘always’ (for frequency) or from ‘not at all’ to ‘a lot/extremely’ (for intensity). All items are rescored from 1-5 to 0-4. Scores were summed and rescaled using the following algorithm: (sum rescored items)/(range of rescored item sum)×100. Higher scores associated with lower mucus hyper secretion.

SPSS 22.0 software was used for statistical analysis. Data were present as (x±s). Student’s T-test was used for comparison between two groups, p<0.05 means there was statistical significance between different groups.

BEAS-2B cells were incubated with different concentrations of PM2.5 (0, 30, 300, 3000 μg/ml) respectively. The results of CCK-8 showed that PM2.5 could significantly inhibit BEAS-2B cells viability (p<0.05), and the inhibitory effect was concentrationdependent, as shown in (fig. 1A). COPD, a high morbidity and fatality rate disease characterized by progressive and irreversible airflow limitation. The global morbidity rate of COPD was 11.70 % in 2015, and the mortality rate ranked number four in all diseases, higher than that of lung cancer [8]. According to “Global Burden of Disease Study” by WHO, COPD will become the third cause of death by

2020 [9]. COPD is associated with enhanced chronic inflammatory response of airway and lung to toxic particles as PM 2.5. Li MH et al. [10] found that short-term exposure to PM2.5 increased the hospitalization and mortality rate of COPD patients. PM2.5 can stimulate the secretion of Mucin 5AC (MUC5AC) in bronchial and alveolar epithelial cells, resulting in airway mucus hyper secretion and chronic airway inflammatory diseases [11]. Roy A et al.[12] found that exposure to PM2.5 was harmful to the recovery of lung function in COPD patients, and the increase of PM2.5 concentration was significantly related to the number of emergency and outpatient patients. More importantly, PM2.5 is related to the hospitalization rate and mortality of patients with COPD. The peak expiratory flow of COPD patients exposed to PM2.5 environment decreased significantly, and the respiratory symptoms increased heavily [13].

Our study aimed to study the relationship and mechanism of PM2.5 on COPD. BEAS-2B cells, one kind of human normal lung epithelial cells, were co-incubated with diverse concentrations of PM2.5 for different periods, then cellular activity and inflammatory factors were measured using CCK-8 and qPCR methods. The results showed that PM2.5 could significantly inhibit the activity of BEAS-2B cells in time-dependent and concentration-dependent manner. Moreover, PM2.5 could significantly increase the expression of IL-1β, IL-8 and TNF-β in BEAS-2B cells, and the higher the concentration of PM2.5 and the longer the action time, causing the more significant the pro-inflammatory effect. Our in vitro results were consistent with other articles, such as Oh et al.[14] and Fuentes Mattei et al. [15]. Oh Found that PM2.5 has toxic effects on BEAS-2B cells in vitro. Reactive oxygen species may play an important role in the toxic effects. Aliphatic/chlorinated hydrocarbons, polycyclic aromatic hydrocarbons, nitro polycyclic aromatic hydrocarbons/ketone/quinones in PM2.5 may associate with the toxic effects. Fuentes Mattei proved that the organic components and bioactive components of PM2.5 could regulate the secretion of cytokines in BEAS-2B cells, thus regulating the inflammatory response of the lung and participating in the development of respiratory inflammatory diseases. In addition, Gualtieri et al. [16] also used BEAS-2B cells to study the difference of cytotoxicity and proinflammatory effect of different components in PM2.5, and concluded that different components of PM2.5 may lead to different toxic effects, such as inflammatory reaction, and even cell death.

In addition, this study compared the effects between different PM2.5 exposure on lung function and mucus hyper secretion in COPD patients (N=200) through prospective study. The results showed that the lung function of COPD patients with high exposure to PM2.5 was significantly lower than that of patients with low exposure to PM2.5, and the mucus secretion was significantly increased when patients under high PM2.5. The mucus clearance function of COPD patients usually decline, making a large amount of mucus accumulation in the lung to induce continuous airflow restriction, repeated airway infection, which seriously affect the quality of life of patients. Airway mucus hyper secretion is a high risk factor of COPD, an important component of accelerating disease progression and a limiting factor affecting the prognosis of patients.

In conclusion, high and long-term exposure to PM2.5 can reduce the activity of pulmonary epithelial cells in a time and concentration dependent manner, and significantly increase the expression levels of inflammatory factors such as IL-1β, IL-8, TNF-β. The proinflammatory effects showed a time-dependent and concentration-dependent manner. High exposure to PM2.5 can damage the lung function of COPD patients and increase the secretion of airway mucus.

This work was supported by the Affiliated Hospital of Hangzhou Normal University. 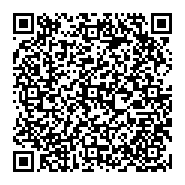