Pithecellobium dulce is one of the significant products of Indian origin, well known locally as Jangal jalebi in Hindi and Manila Tamarind in English. It is a woody vegetable of little to medium size, evergreen, with a stature of around 18 m. The mash (aril) around the seed has white and pink hues and is exceptionally shortlived, which turns dark colored once the shell is expelled[1]. Pods are 10-15×0.5 cm, the shading winds up ruddy dark colored. Each case contains 5-10 sparkling dark seeds. The firmly wound seed units are the principal trademark highlight of this tree and make it simple to recognize[2]. Hyperlipidemia caused by changes in the lipid metabolic processes together with lipogenesis and lipolysis. It is considered by distended fat mass and lipid concentration in blood[3].

Table 4: Effect of Pepd, Eapd and Mapd On Antioxidant Status In Obese Rats 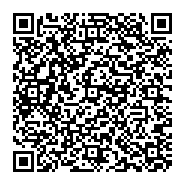