To analyze the analgesic effect of flurbiprofen axetil in combination with fentanyl on the patients after laparoscopic cholecystectomy is the objective of the study. Between April 2020 and April 2021, a total of 120 patients who received the delayed or scheduled laparoscopic cholecystectomy were enrolled into this study and divided into the control group and observation according to their admission sequence, with 60 patients in each group. Patients in the control group received the fentanyl for postoperative analgesia, while those in the observation group received the flurbiprofen axetil in combination with fentanyl. The visual analogue scale scores of patients in the observation group at postoperative 3 h, 6 h, 12 h, 24 h and 48 h were (1.4±0.4) points, (1.8±0.3) points, (2.2±0.5) points, (1.8±0.5) points and (1.4±0.5) points, significantly lower than (2.3±0.6) points, (2.4±0.7) points, (3.0±0.6) points, (2.5±0.5) points and (1.9±0.5) points in the control group (t=6.618, 4.244, 5.489, 5.218 and 3.728, p<0.05). Following operation, the ratio of patients requiring more analgesics in the observation group was only 5.0 %, far lower than 28.3 % in the control group (χ2=7.467, p<0.05). Besides, the difference in the incidence rates of the adverse reactions between two groups showed no statistical significance (p>0.05). As for the hemodynamic indexes (mean arterial pressure, oxygen saturation and heart rate), differences were only found in comparison of heart rate (p<0.05), instead of mean arterial pressure or oxygen saturation (p>0.05) at postoperative 3 h, 6 h, 12 h, 24 h and 48 h between two groups. For patients undergoing the laparoscopic cholecystectomy, combination of flurbiprofen axetil and fentanyl for postoperative analgesia can mitigate the pains within 2 d and reduce the additional demand for analgesics. 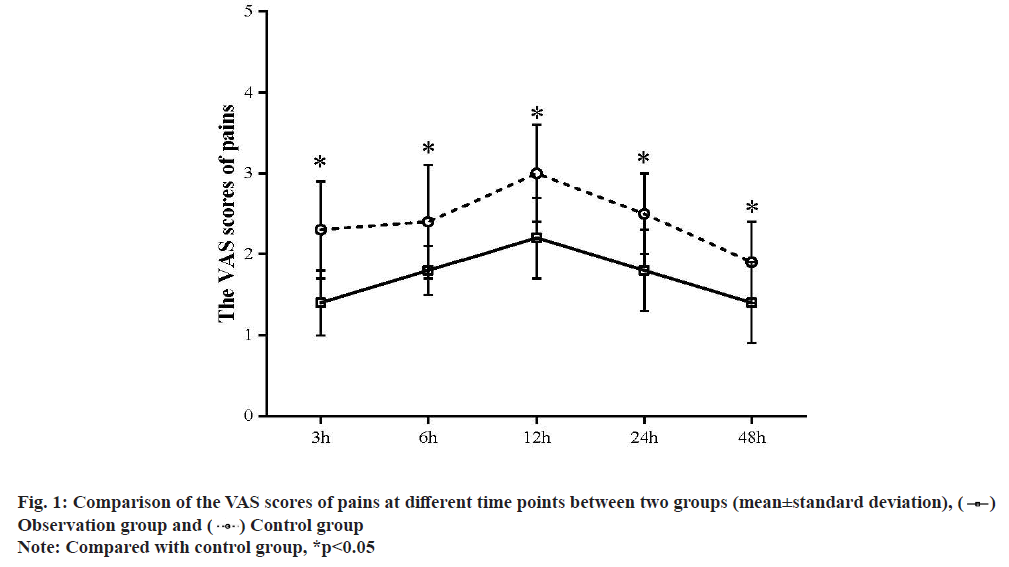 Fig. 2: Comparison of the hemodynamic indicators at postoperative 3, 6, 12, 24 and 48 h between two groups (mean±standard deviation), (

Table 1: Comparison of General Data between The Two Groups (x±s)

Table 2: Comparison of The Ratio of Demand for Analgesics and Incidence of Adverse Reactions between Two Groups [n (%)]

Xiufeng Chu and Lu Liang contributed equally to this work.