Valdecoxib is a new non-steroidal antiinflammatory drug, mainly used for osteoarthritis, rheumatoid arthritis, and dysmenorrhea. The major problem with this drug, is its very low solubility in biological fluids, which results in poor bioavailability after oral administration. Therefore, solid dispersions of valdecoxib with mannitol, polyethylene glycol 4000, and polyvinyl pyrrolidone K-12, were prepared with a view to increase its water solubility. Valdecoxib solid dispersion with polyvinyl pyrolidone K-12 showed maximum drug release hence, the tablet formulation containing valdecoxib polyvinyl pyrolidone K-12 solid dispersion, was prepared with a view to improve its water solubility. The dissolution profile of best laboratory developed formulation (F1) was compared with marketed tablet products. The drug release profile was studied in 0.1 N HCL. F1 gave far better dissolution than the conventional marketed tablet, which released only 44.3% drug and valdecoxib in b cyclodextrin, which released 53.4% drug in 20 min, while F1 exhibited almost 100% drug release in 20 min. The dissolution efficiency of F1 was compared with pure drug, conventional market tablet, and valdecoxib in b cyclodextrin. F1 showed maximum dissolution efficiency. F1 was considered better than valdecoxib in b cyclodextrin, as far as the cost of raw materials used in the product is concerned. F1 was subjected to stability studies. The formulation was found to be stable for 4 weeks at 45°, with insignificant change in the hardness, disintegration time, and in vitro drug release pattern.

Valdecoxib (VXB) is a new non-steroidal antiinflammatory drug (NSAID), acting by inhibition of the synthesis of prostaglandins, by inhibiting the activity of the enzyme, cyclooxygenase-2 (COX-2) [1-4]. It is 28,000 times more selective for COX-2 than COX-1 [5]. Valdecoxib is preferred over conventional NSAIDs, as the latter may lead to serious gastrointestinal complications such as ulcer, severe bleeding and perforation, resulting in hospitalization, and even death [6,7]. It is mainly used for the osteoarthritis, rheumatoid arthritis, and dysmenorrhea [8-10]. The drug is available in tablet form, and is yet not official in any Pharmacopoeia. Valdecoxib is practically insoluble in water, and peak blood level reaches between 2-3 h after oral administration.

The rate and extent of dissolution of the drug from any solid dosage form, determines the rate and extent of absorption of the drug. In the case of poorly water-soluble drugs, dissolution is the rate-limiting step in the process of drug absorption. Potential bioavailability problems are prevalent with extremely hydrophobic drugs (aqueous solubility less than 0.1 mg/ml at 37°), due to erratic or incomplete absorption from GIT [11]. The solid dispersion approach has been widely and successfully applied to improve the solubility, dissolution rates, and consequently, the bioavailability of poorly water-soluble drugs. A number of drugs have been shown to improve their dissolution character, when converted to solid dispersions [12-17]. To date, some reports on the formulation of these systems have appeared [18-22]. Because of its poor aqueous solubility, valdecoxib may pose dissolution related absorption problem. Hence, an attempt was made to improve the dissolution of VXB through the formulation of tablets containing solid dispersion of VXB and polyvinyl pyrrolidone K-12 (PVP K-12), using cross povidone as the disintegrant.

Preparation of solid dispersions of valdecoxib with carriers

Solid dispersions containing valdecoxib and carrier in the proportion of 1:1, 1:2, 1:4, 1:6, 1:8 and 1:10, were prepared by melt-solvent method (mannitol), and solvent evaporation method (PEG-4000, PVP K-12). Solid dispersions of drug with mannitol were prepared by meltsolvent method. In this method, VXB was dissolved in acetone, and the solution was incorporated into the melt of mannitol at 165°, by pouring into it. It was kept in an ice bath for sudden cooling. The mass was kept in the desiccator for complete drying. The solidified mass was scrapped, crushed, pulverized, and passed through 80 mesh.

Solid dispersions of drug with PEG-4000 and PVP K-12 were prepared by solvent evaporation method. In this method, accurately weighed quantities of carriers (PEG4000, PVP K-12) in the stated proportions were carefully transferred into boiling test tubes, and dissolved in acetone. To these solutions, accurately weighed quantities of VXB were added ,and allowed to dissolve. The solution was transferred to a petridish, the solvent was allowed to evaporate at room temperature, and the dispersions were dried at room temperature for 1 h, and then dried at 65° for 6 h in a hot air oven. The mass obtained in each case was crushed, pulverized, and sifted through 80 mesh.

An accurately weighed quantity of solid dispersion equivalent to 20 mg of valdecoxib, was taken into a 100 ml volumetric flask and dissolved in acetonitrile. Five ml of the filtrate was diluted to 100 ml with 0.1 N HCL, and assayed for drug content using a double beam UV/Vis spectrophotometer at 245 nm. All the dispersions contained 100±5% of the drug.

The quantity of solid dispersions equivalent to 20 mg of valdecoxib, was filled in colourless hard gelatin capsule by the hand filling method. Dissolution study of capsules was conducted using USP dissolution apparatus 1, in 900ml of 0.1 N HCL, maintained at 37±0.5° at a speed of 50 rpm. Five millilitres of samples were withdrawn at time intervals of 10, 20, 30, 45 and 60 min. The volume of dissolution fluid was adjusted to 900 ml, by replacing each 5 ml aliquot withdrawn with 5 ml of 0.1 N HCL. The concentration of VXB in each sample was determined by using standard curve equation.

Tablet formulation (F1) was developed from valdecoxib-PVP K-12 solid dispersion, that has shown maximum in vitro dissolution, using CLP as a disintegrating agent. Talc (2%), sodium lauryl sulphate (1%), and magnesium stearate (1%), were used as a glidant-lubricant. The average weight of the tablet was adjusted to 354 mg, using lactose and microcrystalline cellulose (MCC), in equal proportion. All the ingredients were mixed intimately, and the mixture was compressed into tablets (354 mg weight) on a Rimek rotary tablet machine (Karnavati Eng. Pvt. Ltd, Ahmedabad). The tablets were stored in a tightly closed glass container, and evaluated for following characteristics in triplicate.

Compressed tablets were then evaluated for hardness [23], disintegration [24], friability [25], and drug content. Hardness was measured by Monsanto type hardness tester. One tablet was placed in each tube of disintegration apparatus (model ED-2L, Electrolab), and the test was carried out using distilled water as a disintegrating media at 24±2°. Friability was determined in friabilator (model Ef-2, Electrolab), by taking ten tablets. For drug content analysis, twenty tablets were accurately weighed and finely powdered. The quantity of powder, equivalent to 20 mg of valdecoxib was taken into a 100 ml volumetric flask, and dissolved in acetonitrile. Five millilitres of the filtrate was diluted to 100 ml with 0.1 N HCL, and assayed for drug content at 245 nm, using double beam UV/Vis spectrophotometer (Shimadzu, model-1601). The average drug content of the tablets was found to be 101.5%.

In vitro dissolution study of tablets

In vitro dissolution study of the tablets [26,27] was conducted using USP dissolution apparatus II (model TDT-06T, Electrolab) at 100 rpm, using 0.1 N HCl as a dissolution media maintained at 37±0.5°. Samples were withdrawn at various time intervals, filtered through a 0.45micron membrane filter, diluted, and assayed at 245 nm, using a UV/Vis double beam spectrophotometer. Table 2 shows the formulation and evaluation of tablets of valdecoxib.

In order to determine any change in in vitro drug release profile on storage, stability study of F1 was carried out at 45° in a humidity jar having 75% RH. The formulation was withdrawn after 4 weeks, and evaluated for change in in vitro drug release pattern, hardness, and disintegration time. The similarity factor (f2) and student’s t-test was applied to study the effect of storage on F1.

From Table 1, it can be seen that dissolution of valdecoxib increases with increase in mannitol, up to 1:8 ratio of drug: mannitol. This increase in the dissolution rate may be due to improved wettability by the carrier. At higher level (after 1:10 ratio), the negative effect on dissolution appears. That may be due to distortion of molecular dispersion structure, which leaves an insoluble base particle and increased accumulation of carrier molecule in the bulk, to cause a saturation, by which further solubility of valdecoxib is retarded. Table 2 shows that dissolution rate of the drug increased with the increment in PEG-4000 proportion up to the drug, to PEG ratio of 1:8. Further, in case of 1:10 ratio, no marked increase in dissolution was observed. This might be due to complete dispersion of drug with PEG-4000 at 1:8 ratio. The dissolution rate increased with the increment in PVP K-12 proportion up to the drug, to PVP K-12 ratio of 1:4. Further, in case of 1:6 ratio, decrease in dissolution rate was observed (Table 3). This might be due to formation of viscous boundary layer around the drug particles, leading to decrease in the dissolution rate. This PVP K-12 solid dispersion showing maximum dissolution rate was converted to cost effective tablet formulation, with improved dissolution. The mean hardness of F1 was found to be 3 kg/cm2. The results of the disintegration test, revealed that F1 has faster disintegration, and it disintegrates within three min (140 s). The friability and assay of F1 was found to Fig. 1 compares the in vitro release profiles of pure drug and F1 with conventional market tablet (brand-valdez containing 20 mg valdecoxib from FDC Ltd, Mumbai), and valdecoxib:β-cd solid dispersion (valz-bcd). F1 gave far better dissolution than the conventional marketed tablet, which released only 44.3% drug and valz-bcd, which released 53.4% drug in 20 min, while F1 exhibited almost 100% drug release in 20 min. The percent dissolution efficiencies [28] of pure drug, conventional market tablet, valz-bcd, and F1 are shown in the Table 4. It is very cleatrly evident that F1 is far better than the conventional market tablet as well as valz-bcd, showing maximum dissolution efficiency. The in vitro release profile of F1 was compared with conventional market tablet and valzbcd for similarity factor (f2), and dissimilarity factor (f1) [29]. The values (Table 5) show that there is no similarity in in vitro dissolution of F1 with conventional market tablet, as well as valz-bcd. So F1 was considered cost effective formulation, with higher in vitro dissolution. In order to determine the change in in vitro release profile on storage, stability study of F1 was carried out at 45° for 4 weeks. Appreciable change in the physical characteristics and the release profile, was not observed at the end of 4 weeks. The student’s t-test [30] was applied to study the effect of storage. It is evident from the Table 6, that the effect of storage is insignificant at 5% level for F1. Hardness, disintegration time, as well as in vitro release pattern of valdecoxib from F1, were almost the same before, and after storage for 4 weeks at 45°. 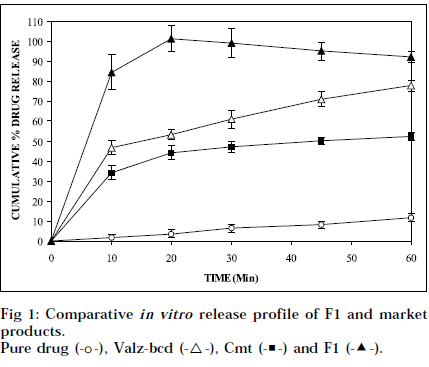 Table 4: Comparison Of F1 With The Market Products

Table 5: Comparison Of In Vitro Dissolution Profiles By F1 And F2 Tests