A new simple, accurate and precise HPTLC method has been developed for the simultaneous estimation of tizanidine and rofecoxib in tablet formulation. In this method, standard and sample solutions of tizanidine and rofecoxib were applied on precoated silica gel G 60 F254 TLC plate, and developed using n- butyl acetate: formic acid: chloroform (6:4:2 v/v/v), as mobile phase. The drugs on plate were scanned at 315 nm. The dynamic linearity range was 2-10 mg/spot for tizanidine and 16-80 mg/spot for rofecoxib. The method was validated for precision, accuracy, and reproducibility.

A standard solution of rofecoxib and tizanidine mixture was prepared with accurately weighed quantities of tizanidine (10 mg) and rofecoxib (80 mg), into a 10 ml volumetric flask. The content was dissolved in methanol, and volume was made up to 10 ml.

The sample drug solution was prepared by taking not less than 20 tablets, each containing 6 mg of tizanidine and 50 mg of rofecoxib. The tablets were weighed and powdered. The quantity of powder equivalent to 100 mg of tizanidine was weighed, transferred to a 100 zml of volumetric flask, and extracted with 25 ml of methanol, 3 times. The extracts were filtered through Whatman filter paper, and the residue washed with methanol. The filtered extract and washings were transferred into 100 ml volumetric flask, and volume was made up to 100 ml with methanol.

The TLC plates were pre-washed with methanol, and activated by keeping at 115° for about 30 min. The drugs were well resolved on the precoated silica gel G 60 F254 on aluminum sheets, the mobile phase was n- butyl acetate: formic acid: chloroform (6:4:2 v/v/v), chamber saturation time 20 min, migration distance 85 mm, wavelength scanning at 315 nm, band width 6 mm, slit dimension 5 * 0.45 mm, scanning speed 20 nm/sec, and the source of radiation was a deuterium lamp.

On to a pre-washed and activated TLC plate, 2-10 μl of standard stock solution of Tizanidine and Rofecoxib was spotted with Linomat V Semi applicator. The plates were developed and scanned. The peak areas of each standard were obtained from the system, and a calibration graph was plotted with concentration vs. peak area. A good linear relationship was obtained over a concentration range of 2-10 μg/spot for tizanidine, and 16-40 μg/spot for rofecoxib.

The method was validated for linearity, accuracy, limit of detection, limit of quantification, inter-day and intra – day assay precision, repeatability of measurement, and repeatability of sample application. From the sample aliquot prepared, 4 and 8 μl solution was applied, and the plate was developed with the mobile phase. A triplicate of those was carried out, and the peak areas were noted. The amount of rofecoxib and tizanidine present in the formulation, was calculated using the respective calibration graph. The amount obtained and result of analysis shown in Table 1.

Table 1: Result Of Analysis Of Formulation 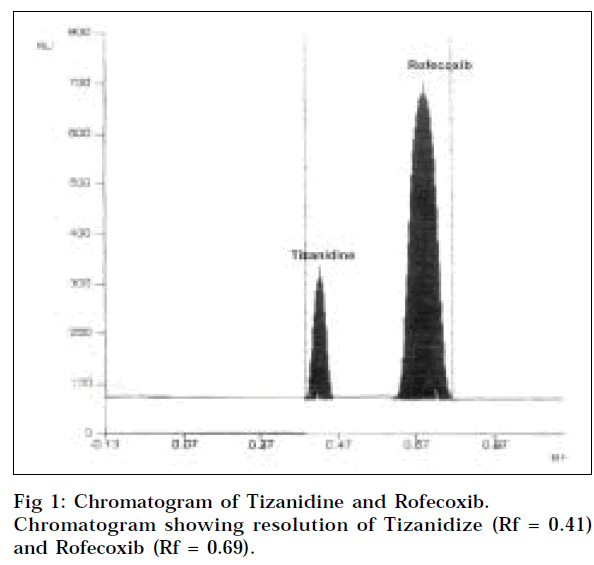 Fig 1: Chromatogram of Tizanidine and Rofecoxib.

Intra-day assay precision was found by analysis of standard drug at three times on the same day. Inter-day assay precision was carried out using the standard drug at three different days, and % relative standard deviation (RSD) was calculated. The RSD was found to be less than 2 for both inter-day, and intra-day assay precision. Repeatability of sample application was assessed by spotting 10 μl of drug solution, 6 times. From the peak areas, the % RSD was determined. Repeatability of measurement was determined by spotting 10 μl of standard drug solution on TLC plate, after development spot was scanned six times without changing position. The % RSD calculated for tizanidine and rofecoxib is 0.3639 and 1.0391, respectively.

Recovery studies were carried out for the accuracy parameter. The study was carried out at two levels. To the powdered formulation, the standard drugs of rofecoxib and tizanidine were added at 50% and 100% levels, dilutions were made, and analyzed by the method. The % recovery and % RSD were calculated, and found to be within the limit, as listed in Table 2.

Stability studies were also carried out by keeping the sample solution prepared at room temperature for several hours, and was spotted every time on a fresh plate. After development and scanning, the plates were observed for change in peak areas and appearance of additional peaks. It was observed that the plates were stable up to 3 h, after which, there was a significant change found in peak areas and Rf values. The stability of drugs on developed plates were also checked up to 24 h, and were found to be stable up to 9 h. Hence, the plates should be scanned within 9 h after development.

The HPTLC method developed is simple, accurate, and cost effective, and the statistical analysis proved that the method is reproducible and efficient for the analysis of tizanidine and rofecoxib, in combined dosage form.

The authors thank SNR and Sons Charitable Trust, Coimbatore for providing facility to carry out the research work and Torrent Pharmaceuticals Ltd., Ahmedabad for the free gift sample.