Identification of a proteinaceous component in the leaf of moringa oleifera lam. with effects on high serum creatinine

A member of the monogeneric family Moringaceae, Moringa oleifera Lam (M. oleifera hereafter), is widely distributed all over the country and known by different names such as horseradish tree (English), Soanjna (Hindi), Shobhanjana (Sanskrit), Saragvo (Gujarati), Sajna (Bengali), Munanga (Telugu), Murangai (Tamil) and many others. All parts of the tree have been utilised since ancient times and new information keeps pouring in about the usages of M. oleifera. Various parts of the plant have been used in myriad diverse functions like purification of drinking water [1-4], as a nutritional supplement (a rich source of vitamins A and C, iron, calcium and protein) [1], as an antibiotic [5-8], as an antihyperlipidaemic agent [9], as an antiulcer agent [10] and even for some reported anticancer activities [1,11,12]. This article tries to shed light on the identification and use of a novel proteinaceous component in the leaf extract of M. oleifera, which can considerably reduce high creatinine concentration in serum. Elevated levels of serum creatinine are often an indicator for renal insufficiency, a condition associated with mortality of patients throughout the world [13]. A benchmark of 1.5 mg/dl is accepted as the upper limit of 95 percentile of normal levels of serum creatinine [14,15]. Hence, a serum creatinine level of >1.5 mg/dl is generally regarded as a case of renal insufficiency. Patients with levels of serum creatinine at 1.2 mg/dl have been shown to have lost 50% of their renal efficacy and are suggested for immediate treatment [16]. Apart from the ill-effects on the renal system, high levels of serum creatinine are often associated with postcardiac surgery complications [17], patients with diabetes mellitus, atherosclerotic disease [16] and several other reported instances. In fact, increased serum creatinine levels have been associated with a significant elevation of risk of major cerebrovascular diseases in both normotensive and hypertensive individuals [18-20].

Mature fresh M. oleifera leaves were collected from Madgaon city, Goa, India in November 2011 and kept under shade for 2 weeks to dry. On complete drying, the leaves were ground in a mortar and pestle to prepare the powder for extraction. The powder was finally sieved and stored in a dry container at a dark place for further experimentation purposes. Preparation of the M. oleifera leaf extract was performed by a slight modification of the method followed by Jabeen et al. [25] M. oleifera leaves powder (1 g) was suspended in 6 ml of extraction buffer (10 mM potassium phosphate, pH 7.0). Ten millimolar phenylmethylsulfonyl fluoride (PMSF) was added as a protease inhibitor and the entire mixture was vortexed for 30 s. This mixture was centrifuged at 10 000 rpm at 4° for 20 min. The resulting extract was filtered and stored at 4°.

The crude M. oleifera leaf extract, as prepared earlier, was estimated to contain 3 mg/ml of total protein. This crude extract was subjected to ammonium sulphate precipitation. It was standardised to achieve maximum separation of components at 50% saturation level. Both the supernatant and the resuspended pellet were dialysed overnight against extraction buffer separately and stored as fractions S (supernatant) and P (pellet) for further purification. S and P were separately differentiated into further fractions by gel filtration chromatography using a Superdex 200 prep grade column from GE Healthcare LifeSciences (Uppsala, Sweden). Checking for purity of samples, it was observed that one particular protein B65 (around 65 kDa) was the dominant protein in the pellet fractions. However, purification was not total, but only partial after the gel filtration step. Hence, the gel filtration fractions were subjected to further purification by ion-exchange chromatography using a HiTrap Q sepharose prepacked column from GE Healthcare LifeSciences (Uppsala, Sweden). The resulting fractions showed almost complete purification of the protein B65 (fig. 1). Blood sample with high serum creatinine level (2 mg/dl and higher) was collected from the Medical Centre, BITS Pilani, K. K. Birla Goa campus. Fifty microlitres of blood serum sample was treated with (i) crude M. oleifera leaf extract, (ii) ammonium sulphate precipitation fraction P, (iii) partially purified protein fraction P65 (after gel filtration purification) and (iv) purified protein fraction P65 (after final ion-exchange). In every case, 50 μl of the extract/purified extract was added to the blood serum sample. In all the samples treated, the total protein (μg) was kept the same to have a uniform distribution. The sample extract mixtures were incubated at room temperature and assayed for serum creatinine at different time intervals of 1, 2, 4 and 24 h. For each experiment, a control having only the high serum creatinine sample was incubated simultaneously under the same conditions.

A colorimetric detection process (based on initial rate method) was used for the determination of creatinine level in serum by the AutoZyme creatinine assay kit (Accurex Biomedical Pvt. Ltd.). The principal two reagents in the kit used for the detection process were sodium picrate and sodium hydroxide diluents (based on the Jaffe method). Estimation of the amount of creatinine was carried out according to the instructions provided in the kit. All measurements were made in comparison to a standard solution (0.1 mg/dl of creatinine) supplied with the kit. The amount of creatinine in each sample was calculated as per the formula: Serum creatinine (mg/dl) = (Δspec/Δstd) × 2, where Δspec is the average change in absorbance per minute for the sample and Δstd is the same for the standard.

Extraction from any plant matter is made difficult due to the presence of copious volumes of fluid and interference from pigments. Hence, it was decided to extract from the resuspended dry mass of leaves and use an aqueous method of extraction. While the dry mass extraction took care of the increased fluid volume and concentrated the protein yield, the aqueous extraction prevented interference from the pigment part. Since it was reported previously [1] that the M. oleifera leaf is a rich source of proteins, we were focused on characterising the protein components in leaf. Hence, a decision to check activity using the proteins in M. oleifera leaf was made prior to the study.

While the crude extract of the M. oleifera leaf had a greater diversity of proteins, ammonium sulphate fractionation separated these into either the S or the P fractions. Since the protein content in the P fraction was higher than that of S (fig. 1), it was decided to check activities of the P fraction proteins and purify them. Gel filtration purification of P yielded unsatisfactory results, hence these fractions were repurified using a linear gradient of potassium chloride (20 mM to 1M) on a HiTrap Q Sepharose column (fig. 1). The ion-exchange step yielded pure fractions of a protein, which was dominant in the extract. Since this protein localised near about the 65 kDa band in the 12.5% SDS-PAGE gel as compared with the Nex-Gen Protein Ladder, we named it P65.

Initial treatment of blood serum sample having high levels of creatinine (3.3 mg/dl) with the crude extract and the ammonium sulphate purification fraction P (corresponding to the pellet) had shown that there was a gradual decrease in the content of serum creatinine of the high creatinine sample over a period of 1-4 h. The extent of decrease was up to a maximum of 0.2 mg/dl for the first 4 h (data not depicted). This led us to conclude that the factor responsible for the anticreatinine activity of M. oleifera leaf extract must have purified in the ammonium sulphate fraction P as well. Hence, more purification of the fraction P was attempted. On treatment of high creatinine with the purified protein fractions of P65, the trend of decrease in creatinine was observed, albeit in an intense manner. As evident from the comparative results obtained after 24 h of incubation also (fig. 2), the anticreatinine effect of the crude extract, of the dialysed redissolved pellet P and of the partially purified fraction are more-or-less comparable. However, treatment with the purified P65 sample over the same time-scale (24 h) showed a considerable decrease (by 50%) in the concentration of serum creatinine. This experiment was repeated with other samples having creatinine values greater than 2 mg/ dl and similar result obtained at all times (data not shown). Effect of treatment of high creatinine sample with

In the present article, we have shown that proteinaceous fractions in the M. oleifera leaf extract have an effect on lowering the creatinine concentration of serum sample containing more than 1.5 mg/dl of creatinine (which is considered the higher normal range). While the whole extract and partially purified samples had a moderate range of activity, the purified fraction P65 could decrease the serum creatinine content to almost half gradually over a time of 24 h, as indicated by the colorimetric detection assay based on the Jaffe method. The basic mechanism for colour development in this reaction is the interaction of creatinine and alkaline sodium picrate to form a 1:1 adduct. One probable hypothesis for the loss of colour could be the breakdown of creatinine into N-methyl-hydantoin while in solution, which has a weaker affinity for the alkaline sodium picrate. While this report highlights the use of M. oleifera leaves for a less popularised application, viz., for the treatment of patients with high creatinine, it also tries to narrow down the principal factor present in leaf extracts to a particular protein, which localises around the 65 kDa zone in a 12.5% SDS-PAGE gel. Further characterisation of this protein P65 is being undertaken to determine the nature of the protein in question and to try and fix the possible family of P65. This will lead to the application and usage of this particular extract for therapeutic purposes in the long run. 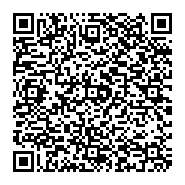