In vitro studies on rice bran wax as skin moisturizer

Rice bran wax is obtained from natural source (Oryza sativa -Family Graminae) and is abundantly available. It is an important byproduct of rice bran oil industry. The wax is reported to be chiefly melissyl cerotate. Research at Southern Regional Research Laboratory has shown that the properties of refined and bleached wax are similar to that of the presently imported carnauba wax [1].

Dry skin condition can be attributed to the water content of the stratum corneum, as reported by Blank [2]. When it was realized that it is not the oil but water that renders the skin soft and pliable, cosmetic industry shifted from total emolliency to emphasis in moisturizing characteristics of products [3,4].

There are two concepts accepted about the mechanism of dryness of skin namely, natural moisturizing factor (NMF) concept and environmental concept. According to NMF concept a physicochemical system is involved with water getting accumulated and held in lipid keratin matrix via the aid of hygroscopic and emulsifying substances [5]. According to environmental concept the water loss through the skin is purely a physical phenomenon dependent on ambient temperature and humidity. Moisturizing can be accomplished by conserving the moisture from the skin or by supplying water exogenously [6].

Some of the commercial uses of rice bran wax are as an enteric coating for candy and lozenges, in the preparation of wax emulsion, as a plasticizing material in chewing gums, as a partial substitute for carnauba wax and as an ingredient in manufacture of carbon papers [7]. One possible use of this wax has been reported in pharmaceutical and cosmetic field viz., as a base for ointment and as a formulation aid in lipstick [8]. However not many studies are reported about other possible uses of rice bran wax. This study is an attempt to probe the utility of rice bran wax as a moisturizing agent.

Crude rice bran wax was obtained from solvent extraction plant, Gondia, Maharashtra, and it was purified and standardized and used. Abbe’s refractometer, Soxhlet extractor, desiccator and modified diffusion cell were employed for the present study. All other chemicals and solvents used were of analytical grade.

The crude wax (100 g) was soxhleted with ethyl acetate (300 ml) for 30 min at 85°. The mixture in thimble was cooled up to 25° and was subjected to decolourization with 2% H2O2 at 900 for 1 h and secondary decolourization with NaOCl 15% at 1000 for 1 h [9]. The purified wax obtained was then used for further study. The rice bran wax obtained after purification was standardized to determine its physicochemical properties [10].

Fresh abdominal human cadaver skin from autopsy was collected and refrigerated until separation procedure could be affected. The subcutaneous fat was removed, and was heated to 32±1°. The stratum corneum was peeled off carefully, washed with distilled water and gently kept upon a piece of stainless steel wire mesh. It was air dried and finally dried over concentrated sulphuric acid and stored in desiccator. The extracted stratum corneum was prepared for use by procedure described by Blank [12]. It was kept in pyridine in a closed vessel for 24 h followed by extraction with distilled water at room temperature for 1 h.

The method reported by Reiger [13] was used for present study with a suitable modification. A small diffusion cell for measuring the TEWL through stratum corneum was fabricated from cylindrical glass stock (3.7 cm diameter, 2.2 cm height) in which 1.5 cm deep hole was drilled having diameter 1.3 cm and capacity of 2 ml. A glass top with 1.3 cm diameter hole in the center was cut and attached to the lower chamber with the help of rubber bands. For mounting stratum corneum, depression was cut on the lower surface of the chamber. A small round piece of stratum corneum (1.5 cm diameter) was placed between n the chamber and the top; the cell was weighed on analytical balance and placed in constant humidity chamber, the weighing was done every 24 h till rate of water loss became constant. The rate of moisture loss was expressed as mg/cm2/h.

The depression of cell was filled to 2 ml, 1.5 ml and 1 ml. In the first case water was in direct contact with stratum corneum and in another only water vapour. TEWL was determined for both specimens.

A miniature drying chamber was fabricated for determining the moisture retention capacity of the stratum corneum. A stoppered glass test tube (42 mm height×22 mm diameter) in which at the level of 10 mm four protuberances were produced along the circumference, in circular fashion to get a false bottom at the level. To hold the stratum corneum on the desiccant (self indicating silica gel) a non corrosive basket was fabricated from brass (200 mesh), 16 mm diameter.

The stratum corneum pieces under examination were kept in a basket, which was kept into a small weighing bottle at 81% RH and ambient temperature. The bottle was weighed after every 24 h till equilibrium was attained. The equilibrated pieces were immediately transferred into drying chamber, which was weighed after 24 h intervals till constant weight was obtained. The water holding capacity was expressed as water held in mg per 100 mg weight of stratum corneum at 81% RH. Rice bran wax was applied on stratum corneum for 90 s on both sides. Excess wax was removed by wiping with tissue paper. The calibrated and extracted pieces of stratum corneum were applied with rice bran wax cream and water holding capacity was determined.

The wax was characterized for various properties and specifications were set as per Pharmacopoeial guidelines. The results obtained (Table 1) are found consistent with findings of Houston [1]. The rate of TEWL was not affected by varying the quantity of water in the cell, since the values are fairly close to each other in case of unextracted as well as extracted specimen (Table 2). Table 3 shows that the extracted specimen shows higher rate of water loss as compared to unextracted specimen.

*Values are the mean of three readings.

Rice bran wax and its formulation did not show any significant change in water holding capacity of unextracted stratum corneum at 81% RH for 24 h, however when extracted specimens were applied with rice bran wax and its formulation, a net rise of 1.2 and 0.3 mg in water holding capacity per 100 mg of dry stratum corneum was seen respectively (Tables 6 and 7). The rise in water holding capacity is comparable with NMF [5,16-21] and may account for extensibility and better texture of the stratum corneum. Thus, the presence of rice bran wax in skin cream can reduce the incidence of Zhidry and flaky skin when applied. The ever increasing incidences of dry and flaky skin demand the development of moisturizers which are cheap, abundantly available and retain the skin moisture. Thus with the compliance of this rice bran wax can be used as occlusive moisturizer.

The authors are grateful to concerned officers of Central Agemarrk Laboratories, Nagpur for providing assistance to carry out the specification tests of the wax and to Dr. Bade, Head of the Department of Forensic Pharmacy, Govt. Medical College, Nagpur for providing Human Cadaver Abdominal Skin for the study. 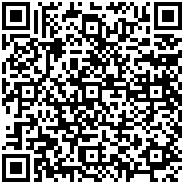