Dry powder inhalations (DPI) have become a core area of respiratory drug delivery in which the carrier particles play a critical role in preventing the agglomeration of fi ne drug particles. To achieve high deposition in deep lungs to satisfy the required bioavailability, the fi ne drug particles should detach from the coarse carrier particles through inhalation process [1]. A decrease in surface roughness and the surface free energy of carrier particles can improve the aerosol inhalation effi ciency of the drug-carrier blend. The use of various agents like L-leucine, magnesium stearate as performance modifiers are important to improve flow, reduce inter-particulate adhesion and reduce moisture effects, and thereby achieve improved particle deposition in lungs [2]. In the present study, the applicability of magnesium stearate-treated lactose carrier particles was evaluated to improve the inhalation performance of catalase microspheres, for the treatment of oxidative stressinduced lung disorders. 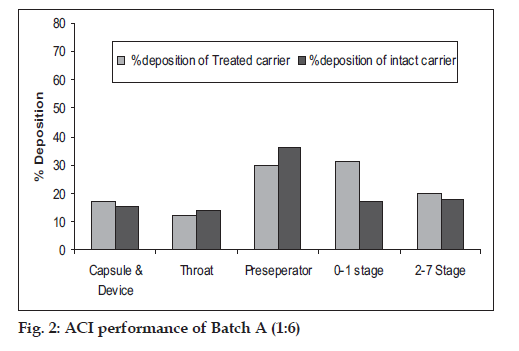 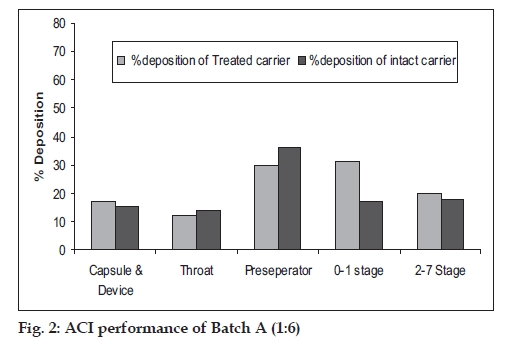