Pain Assessment and Interventional Analgesia in Patients with Herpes Zoster

Herpes zoster (HZ) is a viral skin disease characterized by herpes zoster and neuralgia caused by varicellazoster virus (VZV) invading the ganglia and skin, causing the virus to distribute along the peripheral nerves[1,2]. The rash occurs on one side of the body and is distributed along the ganglion inner area. Generally, it does not exceed the median line, and the skin between the groups is normal[3]. Severe patients and immunocompromised patients are often accompanied by multiple lesion areas. Herpes zoster is a viral skin disease caused by varicella-zoster virus (doublestranded DNA virus) infection, which is more common in the clinic and occurs in adults[4]. After the original infection of chickenpox, the virus can persist in the posterior root ganglia of the spinal cord, and the disease occurs when the body’ s immune function is low (such as cold, overwork, infection, tumor, radiotherapy and chemotherapy). Under the influence of various predisposing factors, the virus is stimulated, causing inflammation and necrosis of the invaded ganglia, causing neuralgia, and the reactivated virus can move along the peripheral nerve fibers to the skin to produce skin lesions[5]. Herpes zoster is a common clinical skin disease that can occur at any age and is more common in adults and the elderly. Clinical manifestations are mostly skin lesions and severe neuralgia. With the accelerated pace of modern life, increased pressure in all areas, and the aging of the world population, the incidence of herpes zoster has gradually increased[6]. Herpes zoster often occurs in spring and autumn. Before the onset, there are often prodromal symptoms such as low fever, fatigue, general discomfort, and loss of appetite. Skin-affected areas generally have a burning sensation, neuralgia or anthill sensation, itching, and herpes. However, there are also those who have no prodromal symptoms[7]. The initial skin lesions are red papules and maculopapular rashes. After about 3~4 d, the miliary size of the clusters of miliary herpes is formed, and the blister is formed rapidly. The blister wall is intense and the lesions can be transformed into hemorrhagic, necrotic or bullous damage. It is arranged in a strip along the direction of the nerve, and generally it does not exceed the trunk midline. Local lymph nodes often have swelling and pain[8]. The rash occurs mostly in the sensory nerve and cranial nerve distribution area of the spinal cord. It is most common in the cranial nerve to be affected by the distribution of the trigeminal nerve. After 3 to 4 d of rash, the blister fluid changes from transparent to turbid, then dry and crusted, leaving no scar after removal. The lesion is very sensitive to any stimuli, and a slight touch can cause severe pain. Some patients still have neuralgia after the lesion has completely subsided, and this post-herpetic neuralgia can last for several months. The overall course of children and young people are generally 2 to 3 w, and the elderly are about 3 to 4 w. The incidence of herpes zoster is mostly related to the infection, excessive fatigue, mental stress, trauma, tumors, systemic diseases and other incentives that cause the body’s immunity to decrease[9]. In this study, 100 patients with herpes zoster who are eligible for dermatology hospitalization in Huashan Hospital, Fudan University from September 2013 to September 2018 are studied. The diagnostic criteria are in accordance with Chinese Clinical Dermatology (2nd Edn). The following typical clinical symptoms and signs: along the unilateral nerve, irregular erythema, clustered papules, herpes, or small blisters appear in the area, arranged in a strip shape. The rash generally does not exceed the midline of the body, often accompanied by neuralgia or skin paresthesia. The informed consent signed by the patients or their family members was obtained and this study was approved by the medical ethics committee of Huashan Hospital, Fudan University. The inclusion criteria: People meet the criteria for the diagnosis of herpes zoster in Chinese clinical dermatology. People are older than 14 y of old. The main medical record data required is complete and people can be interviewed after 1 mo of discharge. Exclusion criteria: People who do not meet the criteria for inclusion in the medical record. People are not fully treated, who are discharged automatically. People have been transferred to other diseases. General clinical classification: According to the shape, area, blister content of the skin lesions, herpes zoster can be divided into 7 categories. Vulgaris: On the basis of erythema, clustered miliary to soy-sized herpes, and blisters can be seen. The blister fluid is clear. The rash is distributed on one side, which generally does not exceed the midline, accompanied by neuralgia or skin paresthesia. This type is most common in the clinic. Incomplete type: It is also known as the frustration type. There is only neuralgia without skin lesions, or only erythema and papules without typical blisters. Bullous type: During the onset of the disease, large blisters above the size of broad beans will appear. Hemorrhagic type: The blister contents are bloody. Gangrene type: The center of the skin lesions will be necrotic, ulcerated, and crusted. The crusted skin is not easy to fall off and scars will be left after healing. Dissemination type: It is also known as pan-hair type, involving 2 or more ganglia to produce lesions on the contralateral or ipsilateral multiple areas. This type occurs mostly in immunosuppressive patients with underlying diseases, so it is more common in patients with frail or malignant lymphoma. A few days after the local skin lesions appear in the patient, there is a similar varicella-like rash, which may be accompanied by high-heat, fatigue and other systemic symptoms, which may be complicated by lung and brain damage. If the patient is seriously ill, death may occur. Nodular type: In combination with HIV-infected individuals, some skin lesions can develop into nodular lesions with scars. 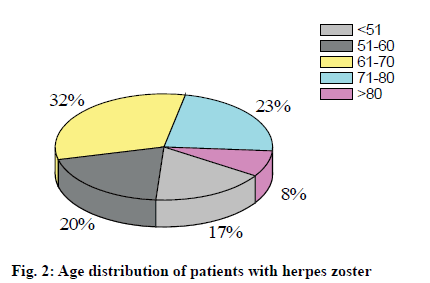 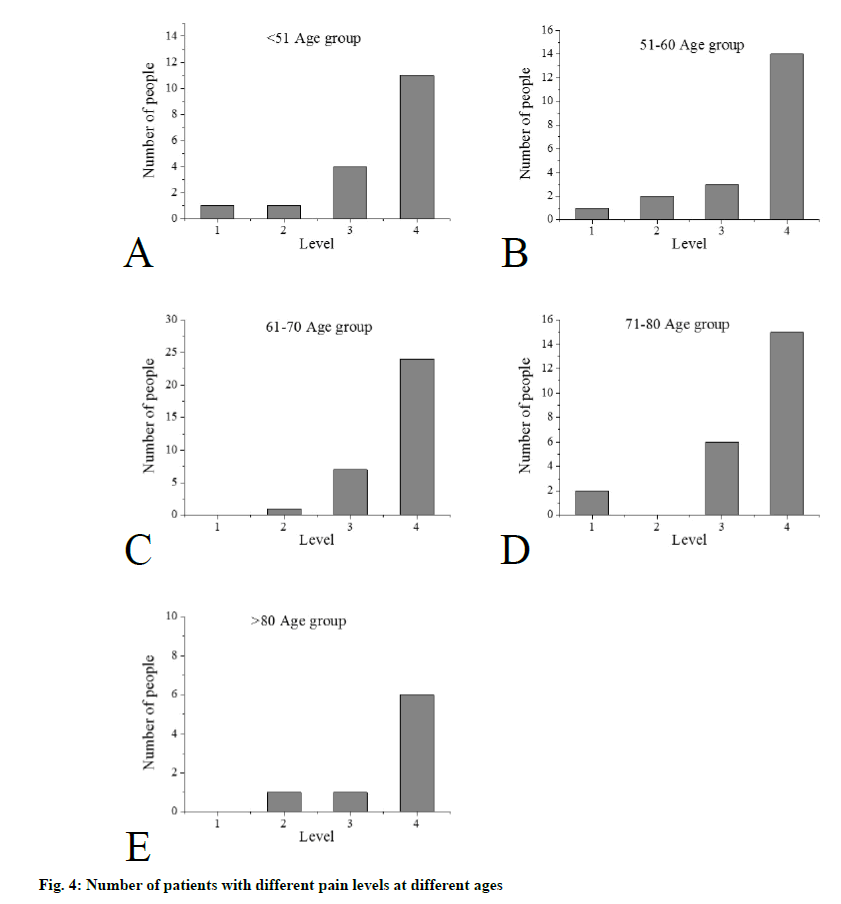 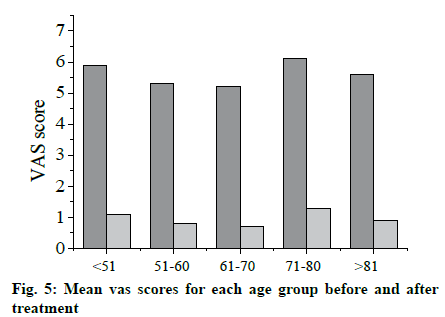 Fig. 5: Mean vas scores for each age group before and after treatment