Pharmacoeconomic Evaluation on Treatment of Diabetic Patients in a Charitable Hospital

This study aimed to conduct a pharmacoeconomic evaluation of the treatment of diabetic patients in a charitable hospital. A retrospective study was carried out for a period of 8 months from August 2016-March 2017. Patients admitted in general medicine with age above 18 years diagnosed with diabetes and on at least one antidiabetic medication. Patient’s data was collected by referring patient’s treatment charts and case notes, hospital billing system, medical record department and hospital pharmacy department. In this study, the direct medical cost was analysed. A total number of 212 diabetic patients were enrolled in the study of which 131 (61.8 %) were males, and 81 (38.2 %) were females. It was found that 67 % of patients had comorbid conditions and 33 % without any complications. One hundred and eleven (52.35 %) patients were prescribed a combination of insulin and oral hypoglycaemic agents, 66 (31.13 %) patients received insulin alone and 35 (16.50 %) patients received only oral hypoglycaemic agents. The annual median cost incurred for the management of diabetes with and without complications per patient was INR 14 959.60 and INR 8619.90, respectively. The study revealed that the costs for males with and without diabetes complications were INR 21 095 and INR 11 644.70, respectively. The corresponding figure for females was INR 12 030 and INR 8515. The cost incurred for nephropathy and peripheral circulatory co-morbidities was the highest (INR 53 795.50), whereas the cost for managing diabetes with nephropathy, neuropathy, retinopathy and peripheral circulatory comorbidities was INR 37 888.00. The study concluded that the cost of treatment could be drastically reduced by early identification and treatment of diabetes thereby preventing the development of diabetes-associated comorbidities.

Diabetes mellitus (DM) is a chronic disorder with various complications that affect all age groups. The International Diabetes Federation (2017) estimates 1 in 11 adults have DM (425 million) and 1 in 2 adults with DM are undiagnosed (212 million) [1]. Twelve percent of worldwide health expenditure is on DM ($727 billion) and there will be 629 million people with DM in the world by 2045. In India, 72.9 million individuals are living with DM and the country is ranked second in the world, after China. The Indian total healthcare cost on diabetic patients in 2017 was $ 31 billion [2]. In individuals who have controlled blood glucose level, the complications such as macrovascular and microvascular are less frequent and less severe [3,4]. The cost of medication is a significant obstacle in the effective treatment of the disease and consistency towards the medication regimen. The studies on the cost of illness have established that 3 times rise in the direct costs of diabetic patients compared with nondiabetic patients [5]. In India, cost studies in diabetes were conducted in Bengaluru urban district, Chennai, Warangal and North India [6,7,8,9]. The present study was conducted in a Charitable hospital, Mangaluru, Dakshina Kannada District to evaluate the direct medical cost of diabetic patients.

The study was carried out based on following inclusion and exclusion criteria. Patients admitted in general medicine department with age above 18 y and diagnosed with DM and treated with at least one antidiabetic medication (oral antidiabetic drugs or insulin) and with or without complications. Patients hospitalised for a minimum of 2 d were only included in the study. The patients being treated as outpatients, with incomplete medical records and gestational diabetes patients were excluded from the study.

The data was collected by referring patient’s treatment charts and case notes, hospital billing system, medical record department (MRD) and hospital pharmacy department. Patient demographic parameters such as age, gender, social habits, family history, body mass index (BMI), complications and length of hospitalization, and laboratory tests were recorded during the treatment period. Details of drug therapy such as generic and brand name of the drug, dosage form, frequency, route of administration, and number of drugs per prescription were recorded. For pharmacoeconomic evaluation, laboratory investigation, treatment bills of the antidiabetic therapy (unit dose prescribed, frequency, and route of administration and duration of treatment), physician consultations, nursing services and hospital charges were collected. Costs in Indian Rupee (INR) were converted into the United States Dollar (USD) at the rate of 1 USD = 64.62 INR (During the period of the study).

Table 1: Demographic Characteristics of the Patients

The rise in the incidence of diabetes produces clinical, financial and social burden. The cost of diabetic care is increasing globally [10]. The present study was intended to analyse the medical cost involved in the management of diabetic patients with or without complications. Cost analysis of a total of 212 diabetic patients was performed during the study period. Out of 212 patients, most of the patients were male (61.8 %). Among them, the maximum number of patients was in the age 60 or above (44.48 %). These findings are consistent with studies reported by Akari et al., Al-Maskari et al., and Raj et al. [9,13,14] .

In the present study, majority of the DM patients admitted only once (71.25 %) in the annual hospitalization report, this might be due to proper prescription of drugs, patient counselling and adherence to the treatment regimen. Contradictory results were reported by Assefa et al. that diabetic patients had 3-6 (52.31 %) hospitalizations per annum [15].

Sixty nine (32.6 %) patients under study had no family history, which is significantly less that reported by Akari et al., who showed 58 % patients had a positive family history of diabetes [9]. The mean BMI of the study population was 23.97±2.38 kg/m2, whereas other studies by Acharya et al., Akari et al., and Al-Maskari et al. reported BMI values higher than 25 kg/m2 [5,9,13].

Regarding the class of drugs used for the management of diabetes, 52.35 % of patients were prescribed with a combination of insulin and OHAs followed by insulin alone (31.13 %) and OHAs (16.50 %). Contradictory results were reported by Acharya et al., that the majority of patients were on OHAs followed by insulin [5]. Among the different class of OHAs prescribed, it was found that biguanides were mostly prescribed 47.6 % followed by sulphonylureas 25.2 %. These findings are similar to the study conducted by Alex et al. [12]. 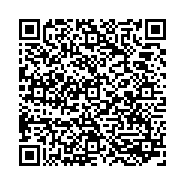