The compounds were identified by their molecular peaks and retention time as shown in fig. 1 and Table 4 respectively. A novel approach has been performed for quantification of the plant. LC-MS interpretation was performed using standard spectrum database. LC-MS chromatogram is shown in fig. 2. It was found that five different constituents were identified which were further separated to estimate their amount of percentage in the plant part. All the identified compounds were chloro and nitro derivatives as shown in Table 5. In the present study, petroleum ether and methanolic extracts of leaf and stem of the plant were investigated for antibacterial activity and methanolic extract of leaf for anthelminthic activity. The extracts did not show antibacterial activity. However, it can be further investigated against other bacterial and fungal strains. There was promising anthelminthic activity which was dose dependant. Earthworms are used widely for initial in vitro anthelminthic investigation studies[20]. The anthelminthic activity can be attributed to the presence of phenolic compounds and tannins in the extract. Polyphenolic compounds and tannins in general show anthelminthic activity. Some synthetic phenolic antihelminthics for e.g. Niclosamide, oxyclozanide and Bitionol are shown to interface with energy generation in helminth parasites by uncoupling oxidative phoshorylation. The effect of albenzadole on the worms is to cause flaccid paralysis those results in expulsion of the worms by peristalsis. It acts by increasing chloride ion conductance of worm muscle membrane producing hyperpolarisation and reducing excitability which leads to muscle relaxation and flaccid paralysis[21]. A novel approach has been performed for quantification of the plant. The LC-MS analysis of the extracts revealed the presence of number of compounds which were evident by their molecular peaks. However further isolation and characterisation of the compounds can be carried out. Antibacterial activity was not found in both stem and leaf extract. This may be due to resistance of extract to the specific microorganisms used in procedure. However, the extracts can be tested for antimicrobial activity by using other strains of gram positive and gram negative bacteria. The leaf methanolic extract of L. crustacea showed significant anthelminthic activity at all the tested doses when compared to control as vermifuge and vermicidal drug while the highest activity was shown at the highest concentration (100 μg/ml). Hence, this plant can be an alternative source of anthelmintic drug and can generate new active leads. The LC-MS analysis showed the presence of various compounds which may be responsible for anthelminthic activity.

The authors declare that they have no conflicts of interest. 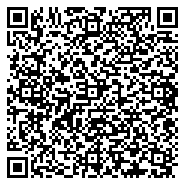