Breast Cancer (BC) is a dangerous and most frequent malignancy prevailing in women globally. The incidences of developing BC have gone up with nearly 3.1 % increase annually over last 30 y. Alone in the year of 2010, nearly 1.6 million cases of BC were registered[1]. BC comprises of variant subtypes and those subtypes arise from basal progenitor or luminal progenitor cells undergoing different genetic mutations[2]. BC is both histopathologically as well as genetically heterogeneous, thus underlying mechanisms of developing BC still remains uncertain[3], which cause hurdles in BC diagnosis as well as treatment, owing to this conventional treatment for BC like surgery, radiation and chemotherapy does not hold good efficiency. Currently, subtypes of BC are categorized on the basis of activity of Hormone Receptors (HR) and Human Epidermal Growth Factor Receptor 2 (HER2)[4]. These subtypes show difference in metastasis, biology, treatment as well as prognosis. It has been reported in various studies that the reproductive pattern (breastfeeding and pregnancy) has a direct relationship with developing BC[5-7]. Before the introduction of modern medicine for treatment of human ailments, medicinal plants were extensively used and were effective too[8,9]. Afterwards, the knowledge of medical properties of medicinal plants were explored, which lead to the formation of variant therapies and traditional medicine systems including Traditional Chinese Medicine (TCM), indigenous medicine, Ayurvedic medicine, aromatherapy and naturopathy[10-12]. Apart from conventional medicine, modern medicine comprises of numerous plant derived chemical entities including anti-cancer drugs like vinblastine and taxol[13,14]. Naturally occurring alkaloids have long been serving as a pool of drug discovery and few of these have already been permitted by United States Food and Drug Administration (US FDA) like camptothecin. Piperine, an alkaloid is a key dietary phytochemical due to its pharmacological importance and prevalence in spicy foods. It acts as anti-cancer, antimetastatic, larvicidal, anti-inflammatory, immunosuppressive, leishmanicidal and antiparasitic[15-22]. Orsted first isolated piperine from the extract of pepper[23]. The main purpose of the current study was to investigate anticancer and apoptotic effects of piperine alkaloid against human BC cells which was found to be mediated via cell migration and cell invasion inhibition, Growth 2 (G2)/Mitosis (M) phase cell cycle arrest and targeting Phosphatidylinositol 3-Kinase/Protein Kinase B (PI3K/ AKT) signaling Pathway.

Viability of human breast carcinoma cells (MCF-7) was assessed by 3-(4,5-Dimethylthiazol-2-yl)-2,5-Diphenyl Tetrazolium Bromide (MTT) assay after piperine exposure. In brief, MCF-7 cells were cultured onto 96-well plate at 2×104 cells/well of density for 24 h at 37°. After culturing of the cells, treatment with varying piperine doses (0, 10, 20, 50 and 100 μM) was initiated for 24 h and 48 h. Afterwards, MCF-7 cells were incubated at 37° in a Carbon dioxide (CO2) incubator (5%). Viability of piperine treated cells was then observed by performing MTT assay as designated by Mosmann et al.[24]. For Optical Density (OD) measurements absorbance was recorded with micro plate Enzyme Linked Immunosorbent Assay (ELISA) reader (Tecan, United States) at 570 nm.

Morphological changes induced by piperine in MCF-7 BC cells were recorded by performing phase contrast microscopy. Briefly, MCF-7 cells were cultured in 6 mm cultural dishes containing 2×103 cells each. After culturing, cells were treated with piperine at changing doses viz. 0, 20, 50 and 100 μM for 24 h each dish. Piperine treatment was followed by removal of cultural media and washing of treated MCF-7 cells with Phosphate Buffered Saline (PBS). Finally, MCF-7 cells were observed and studied with a phase contrast inverted microscope (Leica, Germany) at 200x magnification.

Ariffin et al. method of AO/EB staining was employed to assess the effect of piperine on apoptotic cell morphology[25]. MCF-7 BC cells were harvested at 80 % confluence of growth and subjected to piperine exposure at varying doses viz. 0, 20, 50 and 100 μM. Thereafter, AO/EB staining was performed followed by visualization. Visualization was performed with a confocal laser-scanning microscope (Olympus Fluoview FV1000) under 40x of magnification using 1.4 Numerical Aperture (NA) as an objective.

Transfection of MCF-7 BC cells was executed with piperine drug at changing concentrations of 0, 20, 50 and 100 μM. The lower transwell chambers were filed with Roswell Park Memorial Institute (RMPI)-1640 cultural medium and FBS (10 %) (Corning Incorporated, Corning, New York, United States). Transfected cells were filled in upper chambers of transwell bearing cultural medium at a density of 1×105 cells/well. These transwell chambers were incubated for 12 h and then incubated for 10 min at 4°. The cells which didn’t migrate were cleared with a cotton swab followed by staining with crystal violet with 5 min of incubation. Under a light microscope (TS100; Nikon Corporation, Tokyo, Japan) with 200x of magnification different sections were pictured. The cell invasion potency of MCF-7 BC cells was determined by following similar procedure except transwell chambers coated with Matrigel was used.

For cell cycle analysis, MCF-7 cells were first treated with varying piperine doses (0, 20, 50 and 100 μM) for 24 h. Then these cells were subjected to washing, once with PBS followed by 5 min of centrifugation. After centrifugation, cells were fixed in 70 % ethanol and repeatedly washed twice with PBS. Cell suspensions were supplemented with Ribonucleic Acid (RNA) 50 μl and Propidium Iodide (PI) 25 μl and then incubated for 15 min. Finally, Deoxyribonucleic Acid (DNA) content was determined through Muse flow cytometry (Millipore, Billerica, Massachusetts, United States).

Fig. 1: (A): Chemical structure of piperine molecule and (B): Results representing cellular viability of MCF-7 cells after piperine treatment. MCF-7 cells were treated with piperine for 24 h and 48 h at changing doses of 0, 10, 20, 50 and 100 μM.
Note: All the experimental data are revealed as mean±standard deviation. Experiments were executed in triplicates with p<0.05,

Clonogenic potency of MCF-7 BC cells was determined by execution of clonogenic assay. Along with cell viability inhibition the MCF-7 cell colonies were also inhibited in a dose-dependent manner. The number of cell colonies pictured under a digital camera at varying drug doses (0, 20, 50 and 100 μM) of MCF-cell colonies can be seen reduced to minimum (fig. 2A).

Fig. 3: (A): Assessment of apoptosis via AO/EB staining revealing apoptotic cells at different stages including normal, early, late apoptotic and necrotic cells, and (B): Western blotting assay results representing expressions of BAX and BCL-2 after piperine exposure of MCF-7 cells.
Note: Experiments were performed in triplicates.

Therefore, AO/EB staining and Western blotting assay represent that the anti-proliferative effects of piperine drug are mediated via induction of apoptosis in MCF-7 BC cells.

Transwell chambers were used to monitor cell migration as well as cell invasive tendency of piperine treated MCF-7 cells. After 48 h of exposure in transwell chambers migrated cells were examined. It was established from the results that number of migrated cells reduced from maximum at controls to minimum after piperine drug exposure (fig. 4A). The number of invasive cells also reduced dose dependently from high to low after piperine exposure (fig. 4B). Thus transwell chamber assays unveiled that along with inducing cytotoxicity in MCF-7 cells, piperine significantly retarded the cell migratory and cell invasive potency of MCF-7 cells.

Muse flow cytometry was executed to investigate DNA content for determination of different cell cycle phases. After exposure with varying piperine drug doses (0, 20, 50 and 100 μM) for 24 h different cell cycle phases were determined. The results revealed that the number of G0/G1 and S-phase cells reduced significantly and dose-reliantly to minimum after piperine exposure. In contrast with this the number of G2/M phase cells accumulated and reached to higher concentrations at higher drug doses (fig. 5). This indicated that piperine induced cell cycle arrest at G2/M phase of cell cycle. Hence, evidencing that piperine allied cytotoxicity in MCF-7 cells is also mediated via induction of cell cycle arrest.

The effect of piperine over the PI3K/AKT signaling pathway was investigated via Western blotting assay. This pathway plays a vital role in cancer cell development and progression. Hence, hampering this pathway leads to suppression of cancer. After, piperine treatment cellular protein was quantified and subjected to Western blotting. Results indicated that the activity of phosphorylated PI3K and AKT reduced remarkably with increased piperine doses. In contrast with this PI3K and AKT activity remained unchanged (fig. 6). Thus indicated blocking of PI3K/AKT signaling pathway in MCF-7 cells by piperine.

Different chemotherapeutics induce anti-cancer effects via induction of apoptosis in cancer cells. Apoptosis is accomplished via two different pathways; extrinsic (death receptor allied) and intrinsic (mitochondria allied)[26]. Piperine has a tendency to alter the expressions of apoptosis engaged proteins thus has a capability of inducing both intrinsic as well extrinsic apoptosis. Piperine has been reported with anti-tumor activity against mouse BC 4T1 model and also suppressed tumor metastasis[27]. The anti-cancer effects of piperine in 4T1 cells were due to induction of caspase-3-reliant intrinsic apoptosis and cell cycle arrest at G2/M phase via reduction of cyclin B1 activity. Piperine was also reported with blocking of Sterol Regulatory Element-Binding Protein 1 (SREBP-1), Extracellular Signal-Regulated Kinases (ERK) 1/2 and Fas Cell Surface Death Receptor (FAS) expression in over expressive HER-2 BC[28]. Piperine inhibits Epidermal Growth Factor (EGF) allied Matrix Metallopeptidase 9 (MMP-9) activity and acts via suppression of Nuclear Factor Kappa B (NF-kB) and Activator Protein 1 (AP-1) activation and by intervening with p38 Mitogen-Activated Protein Kinase (MAPK), AKT and ERK1/2 signaling pathways which leads to suppression of cellular migration[29]. In the current investigation, piperine alkaloid was testified for induction of anticancer and apoptotic effects in human BC cells, along with investigating its effects on cell migration and cell invasion, cell cycle and PI3K/AKT signaling pathway. It was observed that piperine induced cytotoxicity in MCF-7 cells in a dose dependent manner along with suppression of cancer cell colonies. Further phase contrast microscopy predicted specific morphological modifications that pointed induction of cytotoxicity by piperine may be mediated via induction of apoptosis. It was evidenced by performing AO/EB staining that piperine induced apoptotic cell death in MCF-7 cells and further supported by Western blotting (showed increased BAX and decreased BCL-2 levels). Cell migration as well as cell invasion ability was reduced to minimum by application of piperine on MCF-7 cells. Next, piperine arrested the cell cycle at G2/M phase depicted after execution of flow cytometric analysis. Finally, Western blotting assay revealed blocking of PI3K/AKT signaling pathway.

In conclusion, the current investigation evidenced that piperine alkaloid induces anticancer and apoptotic effects in human BC cells. The effects of BC suppression were found to be mediated via suppression of cell migration and cell invasion, G2/M phase cell cycle arrest and targeting PI3K/AKT signaling pathway.

This study was supported by the project of Shanghai Municipal Commission of Health and Family Planning (No. 20164Y0276) 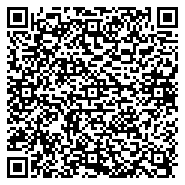