Simultaneous estimation of esomeprazole and domperidone by UV spectrophotometric method

Esomeprazole magnesium trihydrate [1] (ESO) is chemically bis(5-methoxy-2-[(S)-[(4-methoxy- 3,5-dimethyl-2-pyridinyl)methyl]sulfinyl]- 1-H-benzimidazole-1-yl) magnesium trihydrate, a compound that inhibits gastric acid secretion. Esomeprazole is cost effective in the treatment of gastric oesophageal reß ux diseases. Esomeprazole is the S-isomer of omeprazole, the first single optical isomer proton pump inhibitor, generally provides better acid control than current racemic proton pump inhibitors and has a favorable pharmacokinetic proÞ le relative to omeprazole [2]. Domperidone [3] (DOM) chemically, [5-chloro-1-[1,3-(2,3-dihydro-2-oxo-1Hbenzmidazole- 1yl)propyl)-4-piperdinyl-1,3-dihydro- 2H-benzimidazole-2-one] is a dopamine antagonist. A detailed survey of literature revealed the estimation of omeprazole by gas chromatographic method [4], UV spectrophotometric method [5,6], TLC [7] and several HPLC [8-20] methods. Estimation of DOM included spectrophotometric methods [21,22], HPLC [23-26] and HPTLC [27] in dosage forms. Combination of these two is used for the treatment of gastric esophagus reß ux disease. However, no references have been found for simultaneous determination of ESO and DOM in pharmaceutical formulations. A successful attempt has been made to estimate two drugs simultaneously by spectrophotometric analysis.

Stock solutions (500 µg/ml) of ESO and DOM were prepared by dissolving separately 50 mg in 50 ml of methanol in 100 ml volumetric flasks, and the volume was made up to 100 ml with distilled water. The maximum absorbances of ESO and DOM were obtained at 301 nm (λ1) and 284 nm (λ2), respectively. ESO and DOM showed linearity with absorbance in the range of 5-20 µg/ml and 8-30 µg/ml at their respective maxima, which were validated by least square method. Coefficients of correlation were found to be 0.9972 for ESO and 0.9986 for DOM. For simultaneous estimation of ESO and DOM, a series of standard solutions in concentration range of 5 to 20 µg/ml, were prepared by diluting appropriate volumes of the standard stock solutions. The scanning solutions of ESO and DOM were carried out in the range of 200 to 400 nm against water as blank for obtaining the overlain spectra that are used in the analysis (fig. 1). Absorbance and absorptivities of series of standard solutions were recorded at selected wavelengths λ1 and λ2. 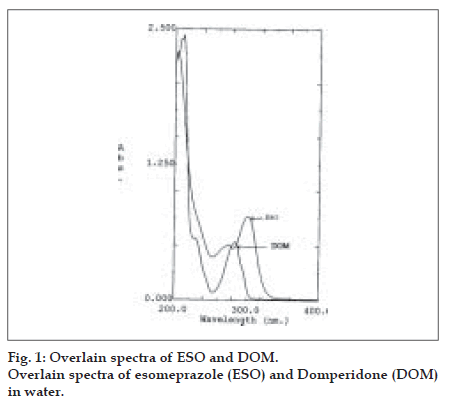 Table 1: Regression and optical characteristics of esomeprazole and domperidone

Twenty capsules were weighed accurately. The average weight was determined and then ground to a fine powder. A quantity equivalent to 30 mg of DOM and 20 mg of ESO were transferred to a 100 ml volumetric ß ask. The contents were ultrasonicated for 10 min with 50 ml of methanol, made to volume with distilled water. Then the solution was Þ ltered through a Whatman filter paper (No. 40). The filtrate was further diluted with distilled water. The absorbance of the resulting solution was measured at 284 and 301 nm. The result of the analysis of the capsule formulation is presented in Table 2.

To study accuracy, reproducibility and precision of the proposed methods, recovery studies were carried out at three different levels by addition of standard drug solution to preanalysed sample. Results of recovery studies were found to be satisfactory and the results are presented in Table 3.

SD stands for standard deviation, the results are mean of three readings (n = 3)

The proposed method for simultaneous estimation of ESO and DOM in combined sample solutions was found to be simple, accurate and reproducible. Beer′s law was obeyed in the concentration range of 5-20 µg/ml and 8-30 µg/ml for esomeprazole and domperidone respectively. Co-efficient of variation was found to be 0.9972 and 0.9986 for ESO and DOM, respectively. The percentage recoveries were found to be in the range of 99.32 to 99.64% and 99.11 to 99.42% for ESO and DOM, respectively. Once the equations are determined, analysis requires only the measuring of the absorbance of the sample solution at two wavelengths selected, followed by a few simple calculations. It is a new and novel method and can be employed for routine analysis in quality control laboratories.

The authors thank Themis Laboratories Pvt. Ltd., Thane, for supplying gift samples of Esomeprazole and Domperidone to carry out this work.