Simultaneous estimation of ranitidine and domperidone in combined dosage form

The development of Vireodt's method for simultaneous estimation of ranitidine and domperidone involves absorbance measurement at 326 nm and 287 nm corresponding to the respective absorption maxima. Both the drugs obey Beer Lambert's law in the range of 3.0-50 µg/ml for ranitidine and 0.2-3.5 µg/ml for domperidone. The tablet formulation (Random, Mankind) was evaluated for the percent content of both the drugs at the selected wavelengths. The method developed was validated to determine its accuracy, precision, specificity and ruggedness. The recovery study was carried out by standard addition method. The average percent recovery was found to be 99.65±0.47 for ranitidine and 100.06±0.18 for domperidone.

Ranitidine is white pale yellow crystalline powder, sensitive to light and moisture. Chemically it is 1,1- ethenediamine-N-[2[[[5(dimethylamino)methyl]-2- furanyl]methyl] thio]ethyl]-N’-methyl-2-nitro monohydrochloride. is used as H2- receptor antagonist and is also used in the management of ulceration. It is official in IP [1] and USP [2]. Domperidone is a white, or almost white, powder; chemically it is 5-chloro-1-[1-[3-(2,3-dihydro-2-oxo-1H- benzimidazole-1-yl) propyl]-4-piperidinyl]-1,3-dihydro-2Hbenzimidazole 2-one. It is used as dopamine antagonist and antiemetic drug. It is official in BP [3].

Literature survey revealed that there are many methods like HPLC [4,5], UV [6,7]-spectrophotometric HPTLC [8,9], NMR [10] for individual determination of ranitidine and domperidone. The only method reported for simultaneous estimation of ranitidine and domperidone in their combined dosage form is by HPLC [11]. An attempt was made to develop accurate, precise, reproducible and economical Vireodt’s method for simultaneous estimation of both these drugs in combined dosage form. The instrument used in the present study was double beam UV/Visible spectrophotometer with 10 mm matched quartz cell. (Model UV-2401, Shimadzu, Japan)

The methanol solution of ranitidine (RAN) and domperidone (DOM) was prepared to get final concentration of 1 mg/ml. (RAN- Stock solution A, DOM-Stock solution B) The resultant solution was further diluted with distilled water to get final concentration of 0.1 mg/ml of RAN and DOM (standard solution). Both the drugs were scanned in the scanning range of 200-400 nm. The scanned spectra were then analyzed for the selection of wavelengths λmax for both the drugs. Dilutions were made to standard solutions of RAN and DOM individually, and mixture of RAN and DOM was scanned for the linearity curve response on the selected wavelengths.

The accuracy of the proposed method was ascertained by carrying out recovery studies by standard addition method. The recovery study was performed to determine if there was any positive or negative interference from excipients present in formulation. The method was ascertained on the basis of recovery study by standard addition method applied to reanalyzed sample. Precision of an analytical method is expressed as SD or RSD of a series of measurements. It was ascertained by replicate estimation of drug by the proposed method. The specificity is the ability to assess unequivocally the analyte for the presence of interesting components that may be expected to be present, such as impurities, degradation product and matrix components. The sample solution was prepared to get a mixed standard solution and allowed to be stored for 24 h under the following different conditions, like room temperature (normal), at 50º after addition of 1.0 ml of 0.1 N of hydrochloric acid (acid), at 50º after addition of 1.0 ml of 0.1 N of sodium hydroxide (alkali), at 50° after addition of 3% of hydrogen peroxide (oxidation), at 60° (heat), in UV-cabinet at 265 nm (UV). After 24 h, the contents of the flask were made to undergo the same treatment as previously described. Test for ruggedness was carried out under different conditions, i.e., different days and by different analysts.

An attempt was made to develop a fast, sensitive, precise, reproducible and economical analytical method for simultaneous estimation of RAN and DOM in their combined dosage form. DOM was standardized by official method reported in British Pharmacopoeia, and the purity of the sample was found to be 99.80%. The purity of RAN was considered as provided by M/s Cadila Pharmaceuticals Ltd., viz., 99.92%. The diluted solution was scanned to obtain spectrum for both RAN and DOM. The λmax of both the drugs were determined from the obtained spectra – 326 nm for RAN and 287 nm for DOM. RAN obeys Beer Lambert’s law in the range of 3.0-50.0 μg/ml and DOM in the range of 0.2-3.5 μg/ml.

The percent estimation of drug in laboratory mixture with ±SD was found to be ‘99.91±0.27 and 99.88±0.38’ and ‘99.75±0.78 and 99.81±0.0.57’ for ranitidine and domperidone respectively. The method was validated according to ICH guidelines. The accuracy of the method was evaluated by percentage recovery (by standard addition method) of both the drugs. The average percent recovery was found to be 99.65±0.47 and 100.06±0.18. The result of the method lies within the prescribed limit of 98-102%, showing that the method is free from interference from excipients. The next parameter considered was precision. The replicate estimation of both RAN and DOM in the same batch of tablets was analyzed by the proposed method and has yielded quite concurrent results, indicating reliability of the method. The values of SD or RSD and coefficient of correlation are within the prescribed limit of 2%, showing high precision of the method.

Other parameters studied were specificity and ruggedness to study degradation and stability of the method. In specificity study, the sample was exposed to different stress conditions like acid, alkali, oxide, heat and UV/visible light, showing degradation of the drugs under oxide and acidic conditions, but this method is incapable of finding exact degradation of drugs. The last parameter studied was ruggedness, which shows that the result of estimation for the proposed method was reproducible under different conditions, like different days and by different analysts, as shown in Table 1. The above-evaluated parameters in the proposed method revealed that the experimental study signifies simple, accurate, fast, precise and reproducible Vireodt’s method for simultaneous estimation of RAN and DOM in their combined dosage form and can be used for routine analysis of both the drugs in commercially available marketed formulations. 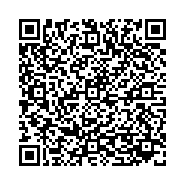