Potassium dihydrogen phosphate was weighed (0.82 g) and dissolved in 300 ml of water. This solution was mixed with 600 ml of methanol and 100 ml of acetonitrile. The pH was adjusted to 4.0±0.1 using 0.1 M o-phosphoric acid. The solution was filtered, sonicated for 10 minutes for degassing and used as a mobile phase.

Stock solutions were prepared by weighing 25 mg each of AML and ATV and transferring to 2 separate 25 ml volumetric flasks. Volumes were made up to the mark with methanol. The above solutions were further diluted with mobile phase to obtain working standard solutions of 100 µg/ml of each.

A reversed phase C-18 column equilibrated with mobile phase comprising of 0.02 M potassium dihydrogen phosphate: acetonitrile:methanol (30:10:60, v/v/v; pH 4) was used. Mobile phase flow rate was maintained at 1 ml/min and eluent were monitored at 240 nm. A 20 µl of sample was injected using a fixed loop, and the total run time was 15 min. All the chromatographic separations were carried out at controlled room temperature (20-25°).

Calibration curves for AML and ATV

Appropriate aliquots of AML and ATV working standard solutions were taken in different 10 ml volumetric flasks and volume was made up to the mark with mobile phase to obtain final concentrations of 0.1, 0.5, 1, 5, 10, 20 µg/ml of AML, 0.08, 0.5, 1, 5, 10, 20 µg/ml of ATV, respectively. The solutions were injected using a 20 µl fixed loop system and chromatograms were recorded. Calibration curves were constructed by plotting peak area versus concentrations of the drug and regression equations were computed for ATV and AML.

Twenty tablets were weighed accurately and finely powdered. Tablet powder equivalent to 10 mg ATV (and 6.70 mg of AML) was taken in 50 ml volumetric flask. To the above flask, 20 ml of methanol was added and the flask was sonicated for 5 minutes. The solution was filtered in another 50 ml volumetric flask using Whatman filter paper (No.1) and volume was made up to the mark with the same solvent.

Appropriate volume of the aliquot was transferred to a 10 ml volumetric flask and the volume was made up to the mark with the mobile phase to obtain a solution containing 10 µg/ml of ATV and 6.7 µg/ ml of AML. The solution was sonicated for 10 min. It was injected as per the above chromatographic conditions and peak area was recorded. The quantifications were carried out by keeping these values to the straight line equation of calibration curve.

The method was validated for accuracy, precision, specificity, detection limit, quantitation limit and robustness. The accuracy of the method was determined by calculating recoveries of AML and ATV by method of standard additions. Known amount of AML (0, 0.5, 5, 20 µg/ml) and ATV (0, 0.5, 5, 20 µg/ml) were added to a pre quantified sample solutions and the amount of AML and ATV were estimated by measuring the peak area and by fitting these values to the straight-line equation of calibration curve.

The detection limit is defined as the lowest concentration of an analyte that can reliably be differentiated from background levels. Limit of quantification of an individual analytical procedure is the lowest amount of analyte that can be quantitatively determined with suitable precision and accuracy. LOD and LOQ were calculated using following equation as per ICH guidelines. LOD = 3.3 ×σ /S and LOQ = 10 ×σ /S, where σ is the standard deviation of y-intercepts of regression lines and S is the slope of the calibration curve.

Robustness of the method was studied by deliberately changing the experimental conditions like flow rate, percentage of organic phase and also by observing the stability of the sample solution at 25±2° for 24 h. The sample solution was assayed at every 6 h interval up to 24 h.

Stress degradation study using acid and alkali hydrolysis, chemical oxidation and dry heat degradation was carried out and interference of the degradation products were investigated. ATV and AML were weighed (25 mg each) and transferred to two separate 25 ml volumetric flasks and diluted up to the mark with mobile phase. These stock solutions were used for forced degradation studies.

Forced degradation in basic media was performed by taking 1 ml stock solutions of AML and ATV (1000 µg/ml) in two different 25 ml volumetric flasks and 5 ml of 0.1 N NaOH was added. Similarly, 1 ml aliquots of stock solutions of ATV and AML were taken in same 25 ml volumetric flask and 5 ml 0.1 N NaOH was added. All the flasks were heated in a water bath at 80o for 1 h. After heating solutions were neutralized and diluted up to the mark with mobile phase. Appropriate aliquots were taken from the above solutions and diluted with mobile phase to obtain final concentration of 6 µg/ml of ATV and AML separately and in the mixture. Similarly, forced degradation in acidic medium was performed using 0.1 N HCl.

To study dry heat degradation, solid drugs were exposed in oven at 80o for 2 h. After 2 h of heating 25 mg each of ATV and AML were weighed and transferred to two separate volumetric flasks (25 ml) and diluted up to the mark with the mobile phase. Solutions were further diluted by taking appropriate aliquots in different 10 ml volumetric flasks to obtain final concentration of 10 µg/ml of ATV and AML. All the reaction solutions were injected in the liquid chromatographic system and chromatograms were recorded.

Optimization of mobile phase was performed based on resolution of the drugs and degradation products, asymmetric factor and theoretical plates obtained for AML and ATV. The mobile phase consisting of 0.02 M potassium dihydrogen phosphate: acetonitrile:methanol (30:10:60, v/v/v; pH 4) was selected which gave sharp, well-resolved peaks for AML and ATV (fig. 1). The retention times for AML and ATV were 4.5 and 11.6 min, respectively. The asymmetric factors for AML and ATV were 1.3 and 1.0, respectively. UV overlaid spectra of AML and ATV showed that both the drugs absorbed appreciably at 240 nm, so the same was selected as the detection wavelength during the studies (fig. 2). The calibration curve was found to be linear over the range of 0.1-20 µg/ml for AML and 0.08-20 µg/ml for ATV. The data of regression analysis of the calibration curves are shown in Table 1. 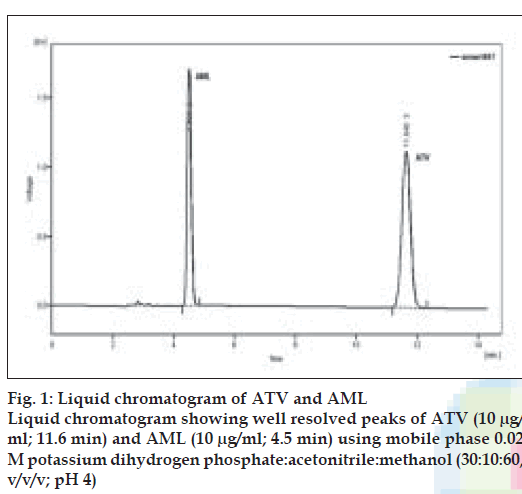 Table 1: Regression analysis of the calibration curve for the proposedmethod

aRSD is relative standard deviation and ‘n’ is number of determinations

bsamples were heated at 80° for specified period of time.

Table 4: Forced degradation study of atv And aml for the proposed method

The proposed method was applied to the determination of AML and ATV in their combined dosage form (Tablet A and B). The results for AML and ATV were comparable with the corresponding labeled amounts (Table 5). Compared to the reported methods [26-29], the proposed liquid chromatographic method is simple, accurate, specific and degradation products peaks are well resolved from the drug peaks.

cmean±standard deviation of three determinations; Tablet formulation A is AVASAM (Micro Laboratories Ltd., India) and B is Starcad (Lupin Labs. Ltd., India) containing labeled amount of 10 mg of atorvastatin and 5 mg of amlodipine.